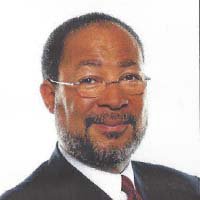 Richard D. Parsons is a senior advisor at Providence Equity Partners, Inc., a leading private equity investment firm specializing in media, communications, and information companies. He is the former Chairman of the Board of Citigroup, Inc. Prior to serving in those roles, he was the Chairman of the Board and CEO of Time Warner, Inc., the world’s largest media and entertainment company, from 2002 to 2008. In its January 2005 report on America’s Best CEOs, Institutional Investor magazine named Parsons the top CEO in the entertainment industry.

Before joining Time Warner in 1995, Parsons was Chairman and CEO of Dime Bancorp, Inc., one of the largest thrift institutions in the United States. Previously, he was the managing partner of the New York law firm Patterson, Belknap, Webb & Tyler. Prior to that, he held various positions in state and federal government, as counsel for Nelson Rockefeller and as senior White House aide under President Gerald Ford. Parsons received his undergraduate education at the University of Hawaii and his legal training at Union University’s Albany Law School.

In 2008, Parsons served as a member of then President-Elect Barack Obama’s Economic Transition Team. His other civic and nonprofit commitments include Chairman Emeritus of the Partnership for New York City; Chairman of the Apollo Theatre Foundation and of the Jazz Foundation of America; and service on the boards of the Museum of Modern Art and the American Museum of Natural History.

Most recently, Governor Andrew Cuomo of New York named Parsons to head the Education Reform Commission, where he will be tasked with evaluating “anything and everything” to improve student importance.

Parsons is also a member of the boards of The Estee Lauder Companies, Inc., and Madison Square Garden, Inc.